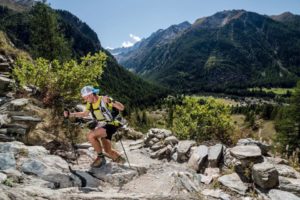 Massive congratulations to Paul Wathan who went through the pain barrier to complete the Tor Des Geants, here’s what he had to say about it..

‘After getting told by doctors not too continue after 151km due to my ruptured knee ligaments what I had done on a fall just before, I was determined not to let everyone down and pull out! Little did I know a couple of days later I’d be back with the doctors in another check point due to my body not coping with the pain I was in anymore and was rested/assessed for 3 hrs, test after test and a few arguments later about carrying on I convinced them to let me go after signing a form. Basically, I’m on my own now after going against what doctors had said. But I knew Gem would be there at the finish no matter what! Run/jog/hike/walk/crawl & shuffle I was going to get there! Always believe in yourself, test your limits and enjoy the adventures!’

Posted in News, Paul Wathan, Ultra Running
← Triathlon: From Olympic to IronmanVictory for Kirsty Hall at the Glencoe Skyline →
Scroll To Top